You Cannot Open A Book Without Learning Something* 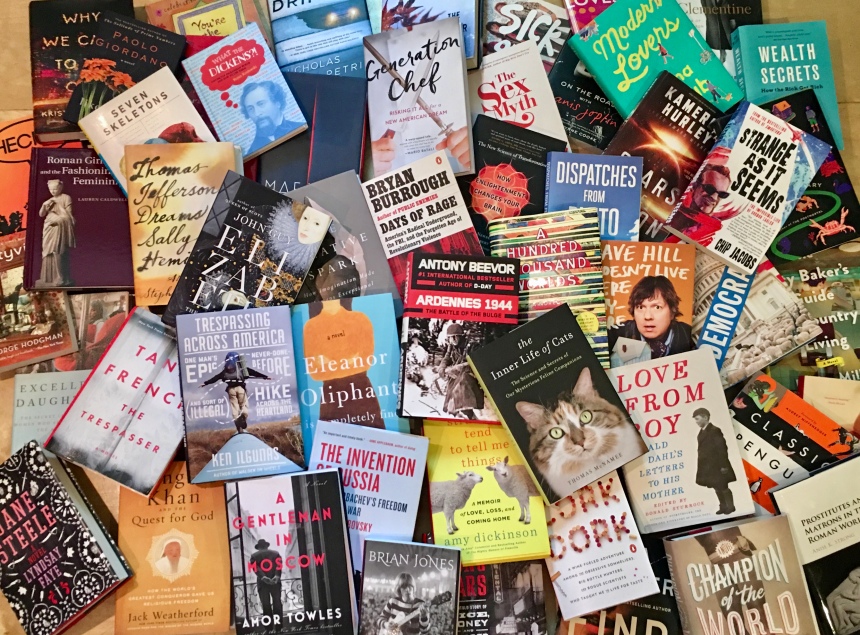 The last Saturday in April is Independent Bookstore Day. In a world of tweets and algorithms and pageless digital downloads, bookstores are not a dying anachronism. They are living, breathing organisms that continue to grow and expand. In fact, there are more of them this year than there were last year. Take a look at the photo above, it shows just a small selection of wonderful books we have talked about at Life Elsewhere. If you overlooked any of them. we encourage you to pop into your local independent bookstore and search them out. While you are there, help us a little and mention you heard about the book on Life Elsewhere.
*Confucius wrote our headline.

The next edition of Life Elsewhere features one of popular music’s most iconic figures, Wreckless Eric

. Recently, Norman B had the good fortune to make contact with Eric, who agreed to “have a little chat”. That little chat turned into over three hours of recording with Eric recounting his early days in the music business. In Part One of Norman B’s exclusive interview with the man who penned Whole Wide World, you’ll hear stories of Eric‘s intent on being a pop star, the first record he bought and his thoughts on the many cover versions of the song, as he says, every garage band learns to play. He goes on to tell of boldly walking into Stiff records, not realizing the fellow in the natty suit, who announced he would produce Eric‘s record was Nick Lowe!

explores the world of late night monologues and comedy, as well as the surprising wide influence these comedy shows and their hosts wield over life the United States. Jon talks engagingly to Norman B about his new book Monologue: What Makes America Laugh Before Bed

pushing forty, out of shape, and disenchanted with his job as an adjunct English professor, works up the nerve to join a Mixed Martial Arts school. This led to him thinking about, the more disturbing aspects of male behavior, in turn he tried to discover what attracts us to violence and how we keep violence in check. The result was his new book, The Professor in the Cage: Why Men Fight and Why We Like to Watch. Listen as Jonathan explains to Norman B how Romney almost won the Presidential election as he faced off as if in a fighting match with Obama.

Make sure you don’t miss the next edition of Life Elsewhere, airing Sunday, April 26, 12 noon ET, at The Source WMNF HD3 and Monday April 27, 5.00pm PT at NWCZ Radio