A Conversation With James Meija On Hand Drawn Dracula

Posted on September 18, 2021 by normanbradio

Try to probe James Meija just a little about what he does and you’ll get a limited and not exactly enthusiastic response. But, ask the fellow about music, especially the music he likes, and all of a sudden, you have the man waxing lyrical about My Bloody Valentine, Ride, Slowdive of any of the fabulous bands on his amazing record label. You see the unassuming Mr. Meija is a fan, a true fan of the music he likes. And, he likes a lot of different music. After all, James founded and runs the amazing record label, Hand Drawn Dracula. As proud as he must be of the torrent of incredible releases by his Toronto-based imprint and the stellar artwork he creates, James Meija is almost stoic when it comes to acknowledging his keen ear for remarkable talent. Instead, James sings the praises of the different folks he works with, his love of the community, and his joy in being able to do what he loves so much. All of this adds up to why we have been constantly impressed with the new releases from Hand Drawn Dracula. As each new cut came out and we eagerly slotted it into a new show, we arrived at the conclusion that we had two know more about this curious and innovative label. Contact was made, James agreed to a Zoom conversation. The result is enlightening and entertaining. You’ll hear cuts selected by James, including Breeze, Vallens, Michael Peter Olsen, and Tallies. We are confirmed fans of HDD and if you are not already, you will be after you hear this show!

Survival of the City. My Sweet Girl.

Posted on September 18, 2021 by normanbradio

Survival of the City: Living and Thriving in an Age of Isolation – Edward Glaeser & David Cutler 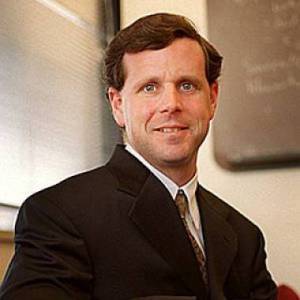 Cities can make us sick. They always have – diseases spread more easily when more people are close to one another. And disease is hardly the only ill that accompanies urban density. Cities have been demonized as breeding grounds for vice and crime from Sodom and Gomorrah on. But cities have flourished nonetheless because they are humanity’s greatest invention, indispensable engines for creativity, innovation, wealth, and connection, the loom on which the fabric of civilization is woven. But cities now stand at a crossroads. During the global COVID crisis, cities grew silent as people worked from home – if they could work at all. The normal forms of socializing ground to a halt. How permanent are these changes? Advances in digital technology mean that many people can opt-out of city life as never before. Will they? Are we on the brink of a post-urban world? City life will survive but individual cities face terrible risks, argue Edward Glaeser and David Cutler, and a wave of urban failure would be absolutely disastrous. In terms of intimacy and inspiration, nothing can replace what cities offer. Great cities have always demanded great management, and our current crisis has exposed fearful gaps in our capacity for good governance. It is possible to drive a city into the ground, pandemic or not. David Cutler, co-author of Survival of the City: Living and Thriving in an Age of Isolation discusses the book with Norman B.

Dark thriller. Psychological whodunit. Chilling and shocking. Witty and wicked. These are just some of the descriptions that have been used to describe My Sweet Girl the new novel by Sri Lanka-based author, Amanda Jayatissa. Her delightfully charming and smiley demeanor is at odds with Amanda’s deliciously scary, compelling, and original book. In our Zoom conversation, she breaks into fits of laughter, gesticulating madly as if it’s only by chance she has penned such a stunning read. My Sweet Girl is centered on the meaning of identity and all the layers it can have. This is the story of Paloma who thought her perfect life would begin once she was adopted from a Sri Lankan orphanage and made it to America. But, she finds out no matter how far you run, your past catches up with you. At thirty years old and recently cut off from her parents’ funds, she decides to sublet the second bedroom of her overpriced San Francisco apartment to Arun, who recently moved from India. Paloma has to admit, it feels good helping someone find their way in America – that is until Arun discovers Paloma’s darkest secret, one that could jeopardize her own fragile place in this country. Before Paloma can pay Arun off, she finds him face down in a pool of blood. She flees the apartment but by the time the police arrive, there’s no body – and no evidence that Arun ever even existed in the first place. Paloma is terrified this is all somehow tangled up in the desperate actions she took to escape Sri Lanka so many years ago. Did Paloma’s secret die with Arun or is she now in greater danger than ever before?

We round out the show with some dark, deep dub courtesy of Infernal Sounds out of Stoke-on-Trent in the UK with Frenchless and 3C 273. Enjoy!

Posted on September 13, 2021 by normanbradio 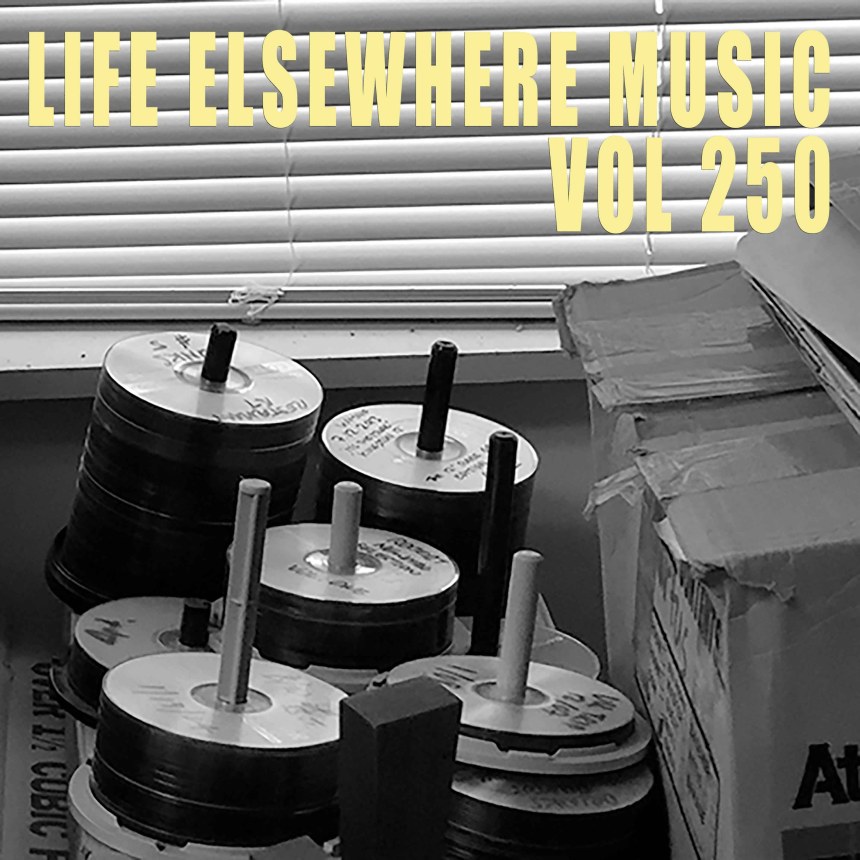 Barry Snaith On The A2K. Remembering The Upsetter

Posted on September 11, 2021 by normanbradio 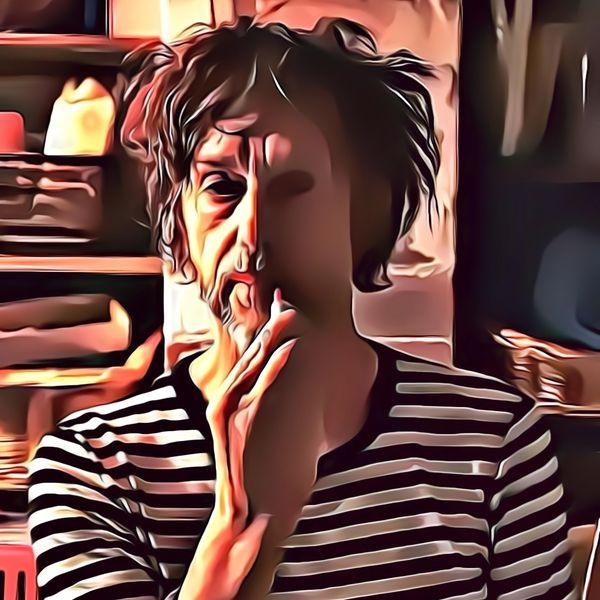 Barry Snaith originally hails from Yorkshire, these days he calls Derbyshire home, yet that distinctive brogue remains potently identifiable. A conversation with Barry means he is likely to sound astonished, perplexed, or downright indigent at any given moment because of his heritage’s fondness for a purposefully dry sense of humor. Barry has a new project, not unusual for him, after all, his other ongoing projects are The Inconsistent Jukebox and m1nk, plus the sound design work he gets involved with. The A2K is Barry Snaith’s latest venture. He was contacted by one, Martin Lucas who put Barry in touch with Carl Malamud, also known as the Open Access Ninja. As a result, Barry was asked to get involved by conjuring up music for an upcoming documentary. Instead of going into detail here, we ask that you listen to this edition of Life Elsewhere with Barry Snaith in conversation with Norman B on The A2K project.

As the last edition of Life Elsewhere was going out, news came in of the death of reggae legend Lee Scratch Perry. It is almost impossible to recount how important Lee Perry was not only in reggae music but all of popular music. There is so much to relate about Mr. Perry. Quite simply, the man-made over many years, ground-breaking music, he was and will remain more influential than perhaps we can assess at this time. Rainford Hugh Perry was born on March 20th, 1936 in Kendal, Jamaica. He left school at 15 and got into the dance and music scene. He worked for entrepreneurial wheeler & dealer, Coxon Dodd. Their relationship was not a happy one so Perry found a new home with producer Joe Gibbs. Eventually, Lee Perry set up his own label, Upsetter Records. From 1968 until 1972, he worked with his studio band The Upsetters. During the 1970s, Perry released numerous recordings on a variety of record labels that he controlled, and many of his songs were popular in both Jamaica and the United Kingdom. He soon became known for his innovative production techniques as well as his eccentric behavior. In 1973 he built his own studio, Black Ark in his backyard. (Later it burned down in questionable circumstances). It was there he produced notable acts such as Bob Marley and the Wailers, Junior Byles, Junior Marvin, The Heptones, The Congos, Max Romeo, and many more. He also started the Black Art label, on which many of the productions from the studio appeared. His story is full of debatable accuracy from then on, but what is fact is Perry continued making exceptional music. In the 1980s,  he began working with British producers Adrian Sherwood and Neil Fraser (who is better known as Mad Professor). From then on his reputation grew and grew. Lee Perry’s influence on the music we hear today is massive. To select just one Lee Perry cut as a tribute has to be a meaningful choice, so I have selected one that impressed me when I first bought the 7” single in a bicycle shop that also sold Bluebeat and Ska records back in 1973. This was in a formidable part of southwest London dominated by a vast council estate, which my US listeners would recognize as the Projects. That single, Bathroom Skank, my well-worn platter has a faded label that announces it’s on the Upsetter imprint and produced by one Omar Perry. There have been a number of versions since then, the most recent being in 1999 on Perry’s Black Ark label. Possibly not Lee Perry’s finest work or most popular, but it certainly illustrates the magic, the essence of what Lee Perry did so well. Rest In Peace, Lee Perry.

Streetlight Harmonies – The Origins Of Doo-Wop

Posted on September 4, 2021 by normanbradio

“The main thing was all the girls used to come to the best group. And we were the best group … they used to come and crowd and load up our corner.” The Drifters’ Charlie Thomas on the motivation for starting a vocal group, then he pauses and looks off-screen and says, “Excuse me wife, those were my younger days.” This is just one of the many evocative scenes in the new independent documentary, Streetlight Harmonies. Director,

Brent Wilson talked to Norman B about the making of a film which surprisingly, is the first to seriously explore the origins of Doo-Wop. The music is so very familiar, yet few people know the artists. Streetlight Harmonies traces the history of the genre from its street-corner origins through to 60s girl groups and beyond. The film is masterfully put together featuring interviews with Brian Wilson, Al Jardine, “Little” Anthony Gourdine, Lance Bass, and the Crystals’ La La Brooks, among others, as well as restored archival footage. The documentary also touches on the problems the vocal harmony groups faced performing in the segregated South, an issue so pertinent today. During our conversation with Brent Wilson, you’ll hear clips from Streetlight Harmonies and the director’s high regard for the artists and enthusiasm for their influential music.