Graphic Design In The Age Of Unrest – Redux 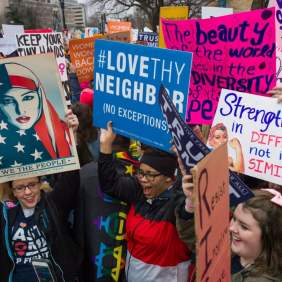 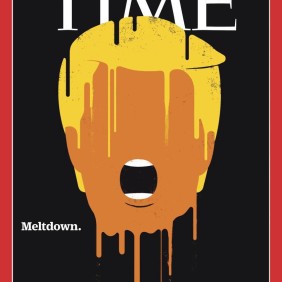 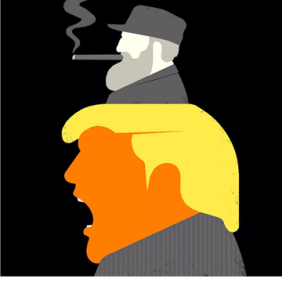 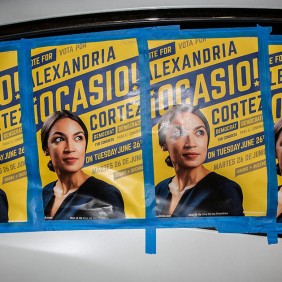 As the Midterm Election Day progressed social media was very much alive and well with almost everyone it seemed rushing to let the rest of us know what they had been doing mere moments before by posting selfies with “I Voted!” stickers, front and center. If you were not already sure how our world has changed in the age of Trump, then the cacophony of “I Voted!” stickers should have convinced you. The omnipresent stickers came in never-ending varieties, from the generic to the overtly partisan and the downright ornery, “I Voted – Have You?” No matter if we accept or not, that all of these tiny, little graphic messages were designed. Someone somewhere produced artwork that had to be sent to a printer. A perfect example of graphic design being used to make a point, to get a message across. Which is exactly what graphic design is meant to do. These miniature statements in mostly red, white and blue may not be the pinnacle of brilliant graphic design but they initiated a discussion on graphic design in times of unrest.  Acclaimed New York-based creative director, Robert Newman suggests the anonymously-designed “I Voted!” stickers are not too far removed from the bold, unforgettable graphics of Emory Douglas for Black Panthers in the ’60s. He adds, “In times of unrest, graphic designers always shine.”

Robert Newman discusses graphic design in the age of unrest on our next edition. Below are links to many of the graphics we mention in the show and illustrated above.

After a decade of researching the Royal Archives, the award-winning and New York Times bestselling author, Diarmaid MacCulloch has emerged with the most thoroughly researched and complete

biography of Thomas Crowell – a polarizing political figure most know for his unwavering service to volatile King Henry VIII, the demise of Anne Boleyn, and his hand in the Reformation. Thomas Cromwell: A Revolutionary Life sheds light onto a fascinating part of history, one that helped shape the course of English politics and the future of the Protestant religion. Since Crowell’s life met its end on the scaffold in 1540, history has not been kind to this self-made commoner who rose from obscurity to become the architect of England’s split with Rome. However, MacCulloch unveils a more sympathetic figure. Was Cromwell the villain of history or the victim of its creation? A masterful storyteller, not afraid to interject a healthy portion of English wit, MacCulloch dispels popular myths. Despite being unable to control the violent humor of his King, Cromwell made his mark on England, setting her on a path to religious awakening and indelibly transforming the system of government of the English-speaking world. Norman B’s conversation with Diarmaid MacCulloch is certainly not for history buffs alone, as illustrated by the author’s deadpan reference to the current US President’s possible resemblance to the one-time narcissistic, volatile ruler of England.

A Conversation With Rudy Tambala – Redux 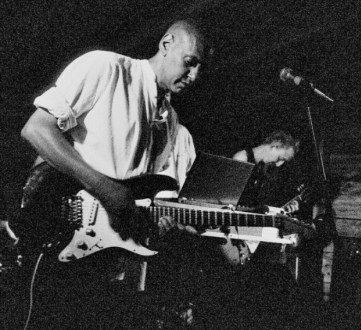 Rudy Tambala is a smart guy, he’s well read, he’s articulate and he enjoys a spirited conversation. He’s sincere when he states, “Rock ’n’ roll is fucking sex! It’s the rhythm of your blood. It’s the most vital force. Without it, there isn’t any existence on this planet!” The irony of his words adds to the fascination of listening to a man whose creative talent has been on display for over three decades. Rudy Tambala first came to critical acclaim as one half of the influential duo, A. R. Kane. Released thirty years ago Lollita, their mesmerizing 12” EP for the enterprising 4AD label, remains as fresh and innovative now as it did way back then. During Norman B’s exclusive interview with Rudy, the forthright musician reveals how he and his bandmate, Alex Ayuli created their extraordinary and frequently emulated sound. He talks enthusiastically of the beginnings of A. R. Kane, detailing the creation of the noted Lollita artwork. Rudy shares his thoughts on current music, design and why style is important, “It’s not what you play it’s the way you hold your guitar. It not what you wear it’s how your hair looks…it’s a youth thing.” He says wryly. The legacy of A. R. Kane continues with his new band, Jübl and Rudy gives us an insider’s take on the demands of his new project. This is an interview full of warmth and candor. The conversation flows seamlessly from previously unheard details about recording techniques to spot-on observations about the business of life. 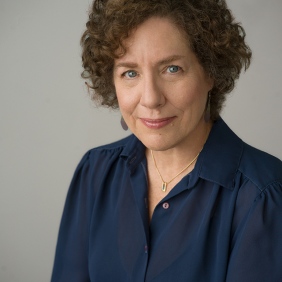 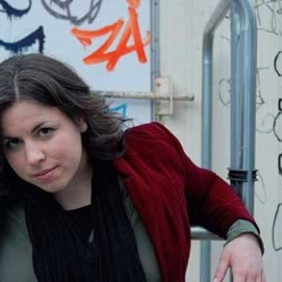 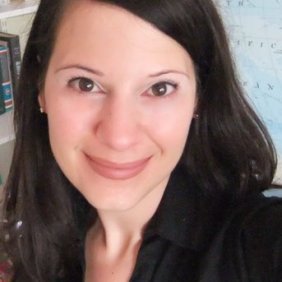 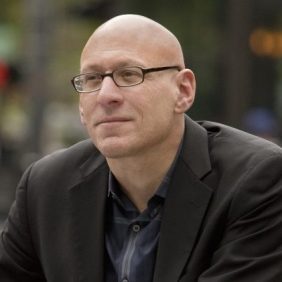 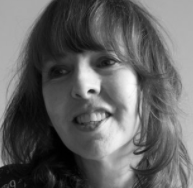 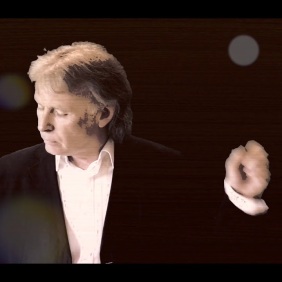 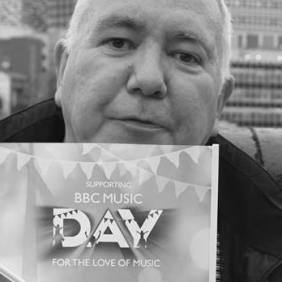 What will historians make of 2018? Certainly, the past twelve months will be considered extraordinary. At Life Elsewhere, we covered many of the news-breaking topics and we interviewed an intriguing mix of guests – authors, musicians, experts, and commentators. Selecting highlights from the past year’s shows was no easy task, so we settled on revisiting conversations that are memorable and special to Life Elsewhere. To begin, from our show that aired as 2018 unfolded, environmental journalist, Robert Hunziker’s predictions are unnervingly accurate, except for POTUS’s hair falling out, we have no guaranteed proof, but that may have happened years ago. At the time of International Women’s Day and National Women’s History Month, from our show titled, Women Didn’t Count At All, Elaine Weiss talked about her superb book, The Woman’s Hour, where she deftly traces The Great Fight To Win. We covered the Me Too movement and women’s issues throughout the year with an exceptional line-up of guests, including Cristin O’Keefe Aptowicz who returned to the show to talk about her latest book, How To Love The Empty Air, where she emotively shares poems about the death of her mother. The new music of London-based  The Loss Adjusters caught our attention, then we discovered that member, Richard Price was also a poet. A long engaging conversation resulted with Price talking about “working the mic” and reading one of his gorgeous poems. No matter how much we may want to avoid mentioning Mr. Trump, some of our guests made the topic more palatable, including, Dr. Jennifer Mercieca, from Texas A & M University who spoke knowledgeably of his public face, while astute author, David Shields comments on his speech pattern. The political observer’s latest book, Nobody Hates Trump More Than Trump: An Intervention also happens to be one of our favorite funny reads of 2018. Singer-songwriter, Amy Rigby has been a long-time favorite guest of Life Elsewhere, in 2018 she joined us a number of times, including when we were privileged to get an advance copy of her latest album, The Old Guys. Norman B mentions her song, Bob may be his favorite and Amy tenderly explains the story behind it. Remarkable books and charming authors were a large part of our shows for 2018, including Camille Perri, author of the clever-funny novel, When Katie Met Cassidy. Not shy talking about her own sexuality, Camille explains an erotic scene with unconditional honesty. Frequent contributor to Life Elsewhere, Mark Haskell Smith introduces us to Yacht Rock and discusses dialogue in his new novel, Blown. Rudy Tambala of A. R. Kane and Jübl fame unravel some of the sexual mystery behind, Lolita, the unique 12” single that influenced so many bands to follow. In his latest fascinating book, The Omega Principle, Paul Greenberg talks about why we need to be so aware of our environment. With the debut EP, Take Care, Be Well, Portland-based, Slippery Eyes were one of our exceptional music finds for 2018. In their first radio interview, the band gathered around a single mic to chat about playing live. After airing a long, intimate conversation with the famed bass player for XTC, we discovered that Colin Moulding has legions of fans who downloaded our broadcast a record number of times. In this portion of the interview, Colin talks about what could be a maudlin topic in Scatter Me a track from his new collaboration with drummer Terry Chambers. To close, a few words from musicologist and long-time music biz professional, Adam Morris recalling his days of drinking with Pete Shelley, of Buzzcocks fame, who sadly died just before Christmas. If you would like to hear any of these shows in full, go to the Listen page at Life Elsewhere or pop on over to Mixcloud. The most recent shows are also up at NPR One and Apple Podcasts.

The Unlikely Record Label From A Damp, Cloudy Climate

Following on from our previous post, by coincidence, David Shields is based in Seattle, the more-often-than-not grey city that gave rise to a musical phenomenon from the late ’80s to early ’90s that musicologists continue to debate over. The debate is most often over who was first to wear the mantle of Grunge and what song will be remembered decades from now. But, there is usually no debate over the importance of the first record label to discover and promote the new genre of music. Sub Pop began as the dream of an avid music fan, then morphed into a fanzine/bog/cassette label to finally a rag-tag record label signing unlikely acts such as Tad, Green River, Soundgarden, Mudhoney and of course, Nirvana. The story from there merges into a world of myths and legends. Frequent Life Elsewhere guest and long-time music journalist, Gillian Gaar has set about trying to sort out the Sub Pop history in her latest book, World Domination – The Sub Pop Records Story. Gillian joins Norman B to recall the early days of Grunge and the record label that grew out of the damp, cloudy climate of Seattle.

The Podcast is available at NPR One & iTunes