Tag Archives: Versions of a Life 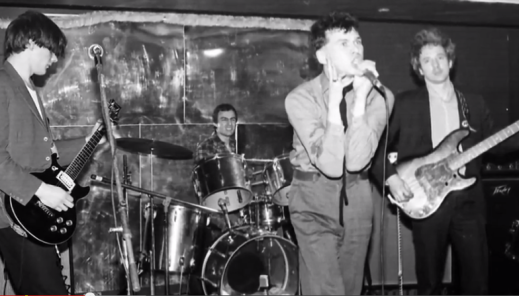 . For over a year, Nick has painstakingly complied a long overdue collection of Ski Patrol‘s recored work. Formed in 1979 by singer Ian Lowery

) on bass and Clift on guitar, the band had risen from the ashes of two Sunderland college bands, The Wall and The Debutantes. Ski Patrol were active until 1981, creating a new vibrant angular guitar sound coupled with dub-reggae influences. The new anthology shines a fresh light on the largely under-appreciated strident, perhaps paranoid, yet poetic lyrics of the late Ian Lowery, who passed away in 2001. In the interview with Norman B, Nick Clift talks about the history of Ski Patrol, life on the road and compiling a tribute to a band-mate he had long been estranged from. It’s a revealing conversation that includes excerpts from the new Ski Patrol album, Versions of a Life

Also in this edition of Life Elsewhere, Norman B talks with Julie Garisto,  Arts and Entertainment Editor of Creative Loafing about David Letterman

‘s recent announcement that he will retire from hosting Late Night