The sound montage above was created just after the verdict in the Trayvon Martin case was announced. The anger and outrage over what many believed to unadulterated racism in the case, was countered by commentators who would have you believe that because President, Barack Obama comes from a bi-racial family then racism is non-existent. We live in a “post racial society”, they proclaim. Yet, since the Zimmerman/Martin case, the word racism has been inescapable. Almost every other news story has the word racism in the headline. 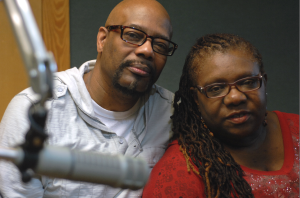 Next on Life Elsewhere, we’ll ask the inconvenient questions: Why does racism exist? Is ignorance the same as racism? Is the non-stop disrespect of Barack Obama unabashed racism? Can there be a future without racism? To help us answer these questions and more, two distinguished experts on the subject of racism will join the program, Fanni Green, Associate Professor of Theatre, Acting and Voice and Professor Gary Lemons, author of Black Male Outsider: Teaching As a Pro-Feminist Man, A Memoir

Also in the program, Norman B will select and play, five exceptional pieces of music about and on racism from Billie Holiday, Big Bill Broonzy

, Ken Boothe and The Special AKA.

Life Elsewhere airs Sundays, at 12 noon ET at The Source WMNF HD3  and Mondays, at 5.00pm PT at NWCZ Radio

Make sure you check out the cultural links at BACK.