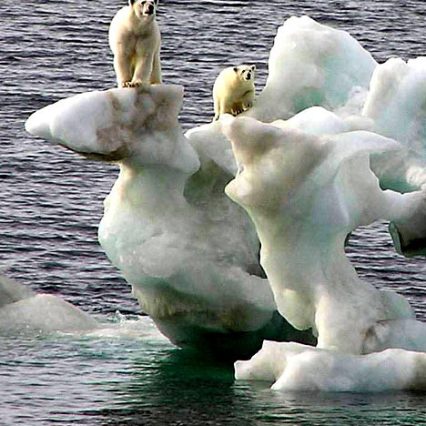 “Global warming is a total and a very expensive hoax!” This is only one of many tweets by GOP Presidential contender Mr. Trump on the subject of climate change. But that brash declaration caught the attention of environmental journalist, Robert Hunziker. He felt compelled to voice his rebuttal. In the always readable CounterPunch, Robert lays out the facts and the unavoidable contradictions from the man who baffles anyone with half an eye on the upcoming general election. Hunziker, always illuminating as he is passionate about his opinions joins us for the next edition of Life Elsewhere.

Andrew Matheson formed a band in London, called The Queen in 1971, complete with a look that preceded the New York Dolls. Matheson thought he was destined to soar to fame & fortune until a fellow by the name of Mr. Mercury said he couldn’t use that name. Andrew none too pleased at that suggestion gave Mr. Fred a backhander, which sent the Bohemian Rhapsody champion flying. Big record company pressure convinced Andrew Matheson to regroup his group and become the Hollywood Brats…the greatest band you never heard of. Erstwhile superstar, Andrew Matheson shares inside stories of his aspiring rock star life as recounted in his book, Sick On You: The Disastrous Story of The Hollywood Brats, the Greatest Band You’ve Never Heard Of.