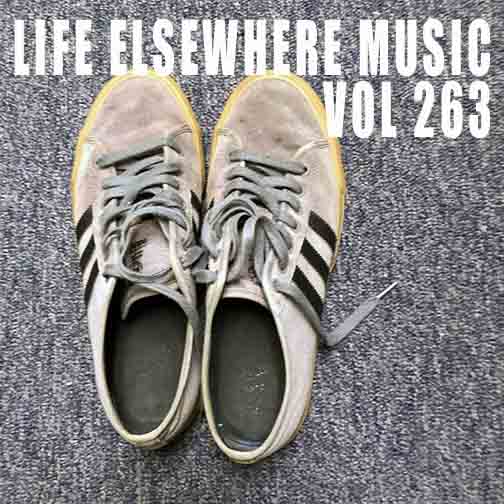 Everyone and their uncle it seems has an opinion about the super-long Beatles documentary, Get Back. The fact that so many people worldwide, have sat through, what is it, 69 hours plus of Paul Beatle being either a genius or a bossy-boots, (depending on your idea of rock ’n’ roll), or John Beatle looking like he needs a shower and a clean pair of socks, and Ringo Beatle being cutely stoned or cutely cute, while George Beatle wishes he wasn’t a Beatle, is a fait accompli. The archival footage touches on but doesn’t linger over the public’s perception of the Fab Four at that time. Yet, it should be worth noting that it was only a few years later when all across the UK, snotty upstarts were dismissing the music their mums and dads loved so much to pile into pubs and make a racket with more attitude than musical ability. It was also around that time when the oh-so-important UK weekly music papers, especially the NME challenged the status quo with scathing accounts of established acts while savoring the gob-spit off of deliberately unruly types who had attached punk to their press releases. Then, well into the mid-70s when anything before the Sex Pistols’ Bill Grundy TV appearance was deemed old-fashioned, the NME became the bastion of non-stop sarcasm. Most importantly, the back page where reader’s letters were published. The weekly ongoing dialogue of rants and raves was essential reading for all in the music biz. A crucial moment happened when a short letter from a reader in Africa wrote colloquially that he believed Beatle Band deserved more attention. From that moment on, Beatle Band became the nod nod wink wink of acceptance that you were truly hip and cool. Of course, I could not help wonder as I watched the 169 hours of the Get Back documentary if Paul and George and John and Ringo were ever in on the Beatle Band joke? Yes, it was used as high sarcasm, but it was also said with deep affection because the letter writer from Africa was honestly sharing his opinion, colloquially.

Beatle Band does not appear in this week’s playlist, but we have curated another superb selection of music you need to hear. First up, Samuel Thomas Juner who goes simply by, Sam Juner says, Lost My Way, the London-based artist has produced a well-considered single. I do like the treated vocals on this one. Irish-born talent, Blooms has EP due next year. If the beautifully delivered Focus is a teaser, then I’m looking forward to hearing more from Louise Cunnane. Next, two in a row from The Third Cut, All I Want followed by The Dark Times. Out of Herefordshire, The Third Cut reckon they’re “good-bad, but we’re not evil”. I’ll take that but, I would like to add their upcoming EP I Feel Bad So You Can Feel Good is expected to be a treat. Going Clear is by Michael Hansford who wrote, recorded, and produced the single goes by the moniker of Molly Drag. Michael is out of Montreal. He uses his vulnerable-sounding voice perfectly on this wistful song. One problem, it’s over too soon. Singer, songwriter, and multi-instrumentalist, Rachel Love has been garnering attention recently and you’ll understand why when you hear, Borrowed Time from her Picture In Mind album. The Brighton-based artist used to be in the band Dolly Mixture, who released a few singles on Paul Weller’s Respond imprint, Rachel also played with Captain Sensible on his hits, Happy Talk and Say Wot. Rachel’s partner on this release is Steve Lovell (her husband who sadly passed away earlier this year), who played in the noted Liverpool band, Hambi & the Dance. Alex Pester’s LP, Lover’s Leap was recorded in a studio and 3 bedrooms he says, and I’m sure the reason he tells us about the bedrooms he wants us to guess which one inspired the plaintive When This Is Over. Here is a fellow I’m sure has written loads of excellent songs, I hope he shares more with us. Every Second, Every Day is by Peruvian artist, Everynell AKA, Antonella Mercedes who says she does everything, except the voice on this cut is actress Jessica Whitfield. She also adds, “I’m just a girl who loves memories”. Everynell’s EP, Flying is worth checking out, plus all the support given to this EP will be donated to the neediest families of “Ticlio chico” in Lima, Peru. When I first Just Mustard out of Dundalk, Ireland, I raved. My raving will continue as I share with you their latest single, I Am You. This 5 piece band is so damn good. They certainly deserve a lot of airplay! Fiona Dickinson’s LP, Pony has been on repeat play at Life Elsewhere tower for many days now. This is one fabulous collection of songs by the British songwriter and sometimes ambient artist based in Michigan. Fiona wrote and produced all the songs with solid performances by Dan Fisher, Shane Tripp, and Ben Weissenborn. I like this one so much, I’ve included two songs, Biggest Fan and Cabin Song. Don’t overlook this one. Another outfit I have continued to rave about, Little Dragon who has a super new single, Drifting Out (feat. Jakob Koranyi and Yo-Yo Ma). There are three gorgeous cuts on the Drifting Out EP, courtesy of Ninja Tunes. The Gothenburg, Sweden-based band continues to release stellar work. Lead singer, Yukimi Nagano’s vocals are especially important on this one. Taking us up to the close is a tasty reference back to the glory days of British Lover’s Rock by way of London producer, Mali-I. For Heaven Sent Dub, Mali-I collaborated online with vocalist Ms. Ray, what a gem this is. Mali-I’s debut LP, In Session, is due for release next spring. Masterful.

Just as we wrapped the production for LEM 263, news came in that legendary reggae bass-man, Robbie Shakespeare had passed. One half of the famed reggae duo, Sly and Robbie, Shakespeare was highly regarded throughout the music world, always in demand for his accomplished bass style. Rest In Peace, Mr. Shakespeare.