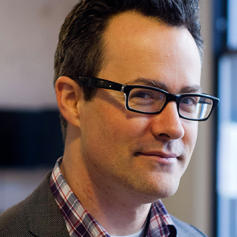 , the famed keyboardist for Small Faces

. Edited selections of Norman B’s exclusive interview will air on upcoming editions of Life Elsewhere. The full unexpurgated interview will be available for download only at Life Elsewhere. You’ll hear Norman & Mac reminisce about growing up in post World War Two Britain, the swinging sixties and going to the same art school, discovering the Blues and Mac joining Small Faces,

the quintessential Mod band and the crazy non-stop life of a pop star. He talks about the beginning and the end of Faces and gives us a peak into what it was like recording with The Rolling Stones

plus the often unglamorous life of being on the road with the world’s greatest rock ‘n’ roll band. Ian McLagan offers his opinions on Punk, keyboard players he admires and his favorite keyboards. He recounts the ups and the downs, the truths and the untruths of rock ‘n’ roll and why his muse was so crucial in his life. McLagan discusses his latest album United States

and his currant musical cohorts The Bump Band

, based out of his adopted home of Austin, Texas.

and Love Is Alive and for his role in helping establish the synthesizer as a leading instrument in rock and pop music has just written a book, aptly titled Dream Weaver

with the subtitle, A Memoir; Music, Meditation, and My Friendship with George Harrison

. Norman B explores all of these topics and more in an special interview with Gary Wright.

is a financial writer for the Philadelphia Inquirer and author of the book about the rise and fall of Bernard Madoff, Too Good to Be True: The Rise and Fall of Bernie Madoff

. Erin joins Life Elsewhere to talk with Norman B about her latest book, Open Secret: The Global Banking Conspiracy That Swindled Investors Out of Billions, which

documents the interest rate rigging scandals that emerged out of the 2008 financial crisis. Our focus on the financial world continues with Martin Wolf

one of the world’s most influential economic commentators, who talks about his new book, The Shifts and the Shocks: What Weve Learned and Have Still to Learn from the Financial Crisis

. Both Erin Arvedlund and Martin Wolf

have written books that read like fiction, but as the saying goes: Truth is stranger than fiction.

Also coming up on Life Elsewhere longtime contributing writer for the New York Times Magazine and a columnist for Wired, Clive Thompson

, who has written Smarter Than You Think: How Technology Is Changing Our Minds for the Better

. This is a timely look at how technology boosts our cognitive abilities—making us smarter, more productive, and more creative than ever.