Britain’s Fascination With The Queen, Mr Trump & His British Counterpart 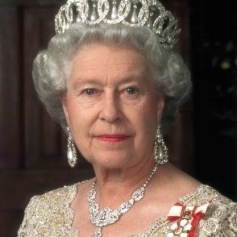 Queen Elizabeth the 2nd has become Britain’s longest-reigning monarch, surpassing Queen Victoria, her great-great-grandmother. The first Queen Elizabeth gave her name to an age, as did Victoria, in an ever more powerful kingdom. But that is not going to be the legacy of this Elizabeth, who has reigned over Britain’s long transition from empire to Commonwealth, from world power to a world so far from the when she unexpectedly took the throne. To help us unravel the British fascination with the queen and royalty, Fraser McAlpine

, author of Stuff Brits Like: A Guide to What’s Great About Great Britain, joins the program. McAlpine will also share the British view of current American politics, especially their understanding of one, Donald Trump. Fraser McAlpine suggests the British equivalent of The Donald

Plus, this week’s Hit That Never Was features a band from the early 80’s, Pink Industry

with Don’t Let Go. And, Norman B will squeeze in new music he thinks deserves your attention. The cut is deservedly titled Special

, now based in South London. Make sure you don’t miss the next edition of Life Elsewhere, the airtimes are below.