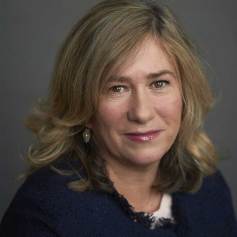 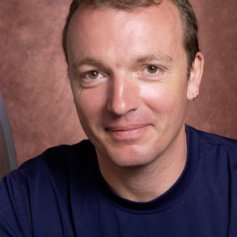 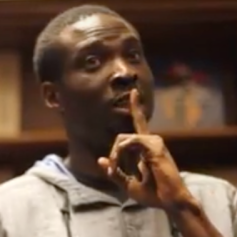 In 1942, the Gestapo sent out an urgent command across France: “She is the most dangerous of all Allied spies, we must find and destroy her.” That spy was Virginia Hall, a young American woman who – rejected from the Foreign service because of her gender and prosthetic leg – talked her way behind enemy lines in occupied France and went on to become one of the greatest (and most unlikely) spies in U.S. history. Much of Virginia’s story has been lost to the annals of history until now. Journalist Sonia Purnell has done incredible research to uncover her life, and the result is the fast-paced and intriguing, A Woman Of No Importance: The Untold Story Of The American Spy Who Helped Win World War 11. Sonia Purnell joins the program to tell of a real-life spy thriller, at a time when women and disabled people were often discounted or relegated to the background.

The death of Steve Jobs brought a wave of doubt over the future of Apple. Operations guy, Tim Cook was seen as the last person qualified to fill Job’s visionary shoes. Fast forward eight years later – Cook proved to be the perfect man for the job. In Tim Cook – The Genius Who Took Apple To The Next Level author, Leander Kahney has written the first-ever biography of Tim Cook and tells the inspiring story of how one man attempted to replace someone deemed to be irreplaceable. Kahney chronicles the post-Jobs Apple, including how Cook led the company to its historic trillion-dollar valuation. You’ll be fascinated by Leander’s enthusiastic story-telling as he shares insider details in his conversation with Norman B.

Josh Idehen, one-third of London-based, Hugh likes to share his opinions. The singer, songwriter & poet has concerns about our world. In Direction, Hugh’s first single, they ask, “Do you believe in love, in all kinds of love?” As Josh Idehen explained in our interview at the time, “Direction is all about love between two people. It doesn’t matter if they are straight, gay or whatever. Enough of the bigotry. Being in love should be enough. And that should be celebrated, not condemned.” For their latest single, Sober, Josh says he is frustrated with what is going on in the world. The chaos with Brexit in the U.K. People moaning and groaning and marching but not voting. “I’m fed up!” Says Josh, “So much noise, but not enough action that matters. The same thing in the U.S. People grumble but then carry on with their lives. I know it’s hard, but we all have to make an effort. That’s what Sober is about.” In this edition of Life Elsewhere, you hear Hugh’s new single and Josh Idehen talking about it. His commentary is from a longer conversation which will air in an upcoming edition of the show. Special note, listen out for the special vocal talent of Amaroun, a distinctly brilliant artist from South London. Enjoy!