A Conversation With Sylken Somers 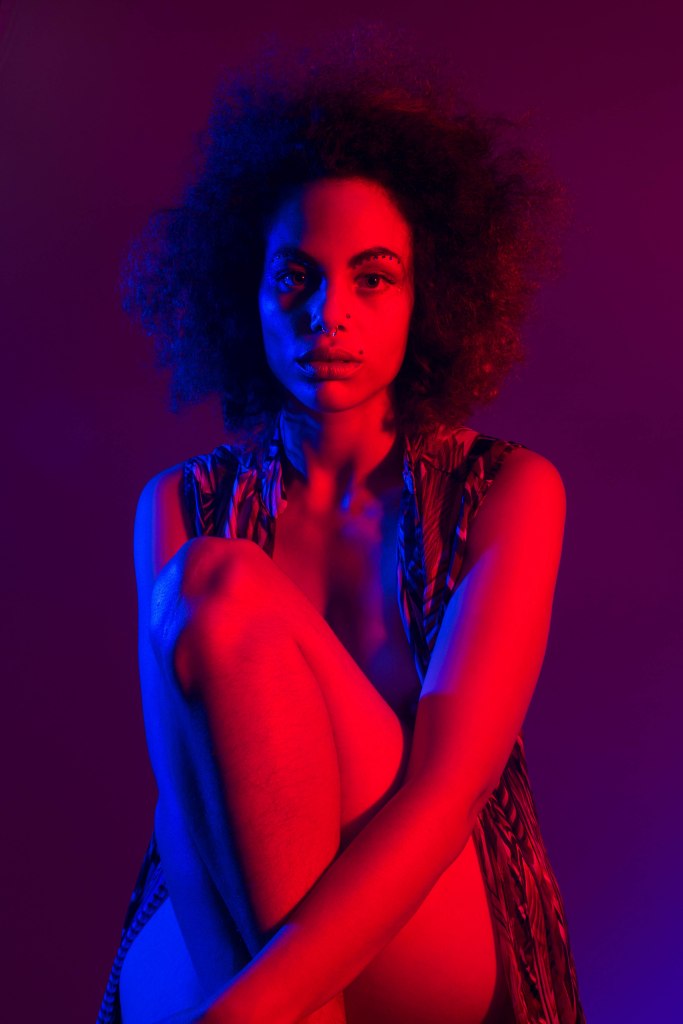 Separating music into genres has always bothered me. I much prefer to ask if a piece of music works despite the label? Does it touch me? Do I want to hear it again? After all, I may ignore a fabulous song if it’s classified with a genre I’m not fond of! So, when I discovered a three-track EP titled Prone by Sylken Somers, I didn’t pay attention to the eleven label tags the artist had listed on their Bandcamp page. Of course, it wouldn’t have made a difference anyway because I was immediately seduced by the first cut, Tenderhead Tenderheart. What is this? I shouted just as the melodica came in. A melodica? Reggae luminary, Augustus Pablo had made the toy instrument an integral part of his famed “Far East” sound, yet here that distinctive sound was almost at odds with what at first I took for a sad love song. But then Sylken sings, “I gaze in a haze while time stands still” And without warning – silence, long enough to make you worried, then the music starts up again and you realize this is no ordinary love song. In fact, this is not a love song.* Tenderhead Tenderheart could be a cry, a cry of despair. The love may never have been there. Listen carefully to the ending, distant voices, barely discernible even with earbuds, suggest you need to hear this track again and – again. Cut two, Robots, starts abruptly with more sad-sounding vocals overlaid with a cacophony of found sounds, a metallic beat, distant voices and then a stuttering effect that slows down as Sylken croons while the sound of rain and a storm(?) set the mood. If there is any other instrument except the bass I may have missed it. “I close my eyes and shut the curtains.” Sylken plaintively sings as the song fades to a close. The last and longest track, Wringing My Hands opens with what could be described as “waking from a dream” coda, which quickly morphs into hazy vocals from Sylken. The clockwork music-box sounds instead of being at odds with the vocals add an intriguing ominous tone. The lyrics seem deliberately hard to decipher, yet, “Wringing my hands” comes through ever so clearly. After a short instrumental break, you soon realize the artist has not only a lovely but distinctive voice. The rumbling up-front bass with the mixture of percussive sounds may persuade some train-spotters to talk of Nu Jazz – but that’s another label. An instrumental break comes from the music-box before the vocals begin again. Is Sylken angry? The metallic percussion becomes more intense as “Wringing my hands, wringing my hands” is repeated. Finally, “You left me wringing my hands” closes the song after almost eight minutes.

So fascinated was I by the music of this artist I had not heard of before and could not find any rave reviews – anywhere, I was determined to learn more, maybe a chat, if possible. We reached out to Sylken and the response was almost immediate, so a transatlantic interview was arranged. Sylken was delightful, engaging and damn funny. Yet, on playback, I knew I had wasted an opportunity to learn a little more about this talented singer-songwriter-poet-producer. It probably was one of those many tags on their Bandcamp page – Queer. I didn’t want to pry and I didn’t want to make gender or sexuality an issue. Another call was made and I asked Sylken if I should have been more enquiring. “I’m an open book!” The answer came rapidly, so we set off on our second conversation. The result is an honest, unabashed chat about music, life, being non-binary and sexual fluidity.