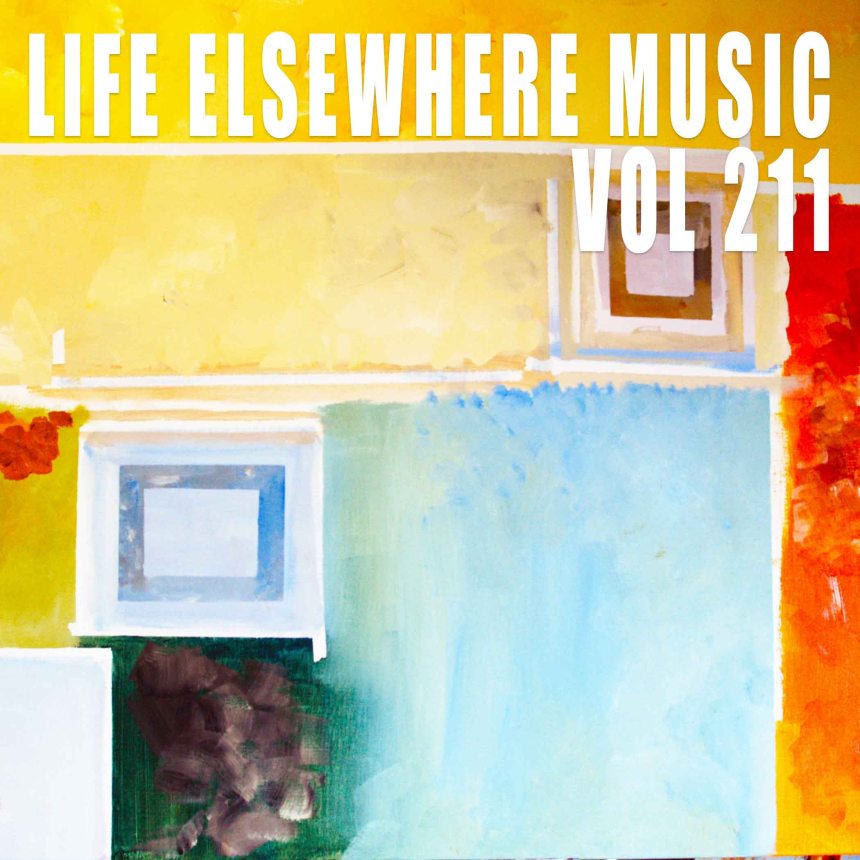 Genres? What Genres? In these 60 minutes of carefully curated new music, we deliberately mix it up from off-kilter Two-Step out of Bristol to exquisite Pop by way of Brighton. The adventure starts with Crime, a cut from the EP, Illicit Material by Longeez on the Bristol-based Canapé Records imprint. Who proudly say they are building a community of underground artists, with the shared duty of challenging expectations in soundsystem culture. Next, Yung Singh steps up to prove his skills with Bheer x Ladbroke Grove (Yung Singh Edit) from The Punjabi Garage Bundle For Charity EP. Part of the Daytimers Collective, which you need to check out All proceeds go to charity – www.khalsaaid.org who do incredible humanitarian work across the world with a focus on conflict zones as well as the UK and Punjab. More good deeds are being handled by Optimo Music a record label based in Glasgow, Scotland, and run by Optimo’s JD Twitch, with the album Ghana Glasgow Friendship. We selected two tracks, Deka Worwor and Nobody Knows by Tafi & Green Door Allstars. 100% of proceeds from the release will be donated with 50% going to Glasgow foodbanks and 50% to a project to build toilets in the village of Tafi Atome, Ghana. Berlin is the home to the Shika Shika. The label has made a name for itself by highlighting musical migrations: sounds that mix together cultural influences, tradition with modernity or electronica with organic and natural sounds. To celebrate 5 years in business and releasing music by over sixty artists from thirty-four countries they have released the compilation, Shika Shika: 5 Years. The example you’ll hear is Miniyamba (ft. Mina Shankha) by Yeahman & Hajna. Dancehall Reggae, always welcome at LEM comes forward from Melbourne, Australia courtesy of Easy Now Recordings with On It by DJ Maars. Balancing a serious nod to Hip Hop while Dubbing up a Dancehall cut this limited edition seven-inch will have you heading for repeat play. La Récré is a Paris-based punk-jazz band composed of Cédric Laban and Émile Sornin. Well, that is how they describe themselves. They also suggest their music is a fusion of melancholy ‘70s library music with hip-hop rhythms and a heavy dose of psychedelia. Listen to L’An 2000 from the EP Ne Penser À Rien to see if you agree. We have no reason to disagree and we do think their videos are worth taking a look at. For you train-spotters, La Récré is on Black Milk Music. Emma Noble says her sound is rooted in and influenced by her deep love for rare soul, funk, and disco. In her self-titled EP, (which will not be released until March 2021, Emma demonstrates that she is a talent to watch out for. Table Dancers (Smoove 7” remix) was our choice for this Volume. We are looking forward to hearing more from Emma Noble. The Life Elsewhere Intelligence Department has confirmed information that one, Alexander Leonard Donat runs a ridiculously amount, setting records all the time. And we have reliable reports that he does these marathon running escapades to elevate the excess energy from putting out quality music on his Blackjack Illuminist Records. It should be noted that it takes a lot of energy and willful spirit to put out eighteen volumes of music by Vilimmer, the moniker for his own band. You’ll hear Vorfreude (anticipation) from the album  X11111111. Apparently, the last one of the series. If we can snag Alexander briefly for a chat before he dashes off on another run, we’ll have him back on the show to explain, everything! Patrick Atkinson who has worked across pop and experimental music for some time under the aliases, Orpheline, Dallas Boner & as the duo Leap Wars with one half of Yeah You is now presenting as Stuck Sunsets. His new album is Delitism, a curiously interesting affair with tracks going off in different directions but as a whole, Patrick manages to showcase why we recommend you check it out. We selected The Girl Ruins The Room which is a good example of what he capable of. It’s also important to mention that Delitism is a project conceived out of the loss of his brother, the title a macabre joke about competitive brotherly love and death being the ultimate trump card. The line up of guests Michael Ciravolo rounds up to appear on his Beauty In Chaos recordings is impressive. The LA-based rock ’n’ roller’s latest album, Out Of Chaos Comes… is packed full of recognizable talent. We selected a fine example of these collaborations, Temple Of Desire (Boxcutter Mix) ft. Rafe Pearlman. There are and always will be a lot of arguments over “cover versions”. It’s our opinion that “cover versions” should never be overlooked. Hannah and Olly, the enterprising duo behind Pela have bravely taken on a cover of a hit from the early 90s by a band who were stunned by their own success. Here’s Where The Story Ends from The Sundays is a remarkable choice by the young London-Brighton-based Pela, not least of all because the original was so fraught with emotion and vulnerability. In the hands of Hannah and Olly, they have created a version that is still emotive, yet it is also blisteringly positive. Perhaps their choice of the song at the end of the year, a year that has caught us all in a state of flux is the perfect way to move forward into the new year? Her voice and his production make for a splendid, pop record. It also happens to be one of the most spectacularly-crafted releases of 2020. Familiar yes. You’ll sing along. And like us, hopefully, you’ll agree, Here’s Where 2020 Ends.