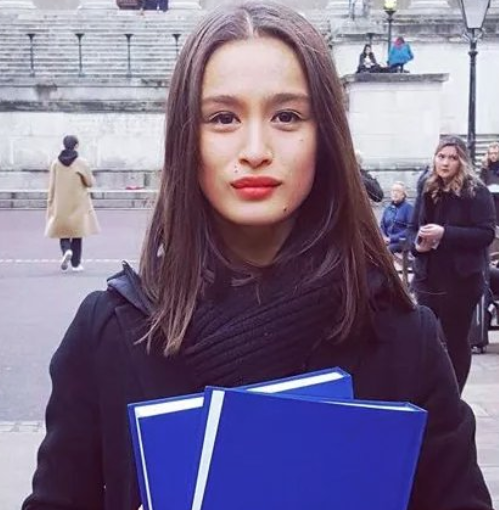 “Blessed with the solid combination of ASD, ADHD, and Ph.D. – I use the powers of neurodiversity to navigate the under-passed connections of how human psychology can meander beyond the norm. The study of humans and analogous evolving systems are my life long passion which is fed by books, observation, and intricate sensing which I process through the lenses of science and art in my writing.” These words are on the website of Dr. Camilla Pang, who shares her story with uncompromising grace, honesty, and subtle wit in her writing and in person. Diagnosed with Autism Spectrum Disorder at the age of eight, Camilla Pang struggled to understand the world around her. Desperate for a solution, she asked her mother if there was an instruction manual for humans that she could consult. With no blueprint to life, Pang began to create her own, using the language she understands best: science. That lifelong project eventually resulted in An Outsider’s Guide to Humans, original and incisive exploration of human nature and the strangeness of social norms, written from the outside looking in–which is helpful to even the most neurotypical thinker. Camilla Pang uses a set of scientific principles to examine life’s everyday interactions. “I use the microscope of science to shed light on the bigger pictures of social norms, and advocates for neurodiversity being a hidden treasure of human evolution.” Camilla writes, adding, “My mother is an artist, and my father is a scientist, and being honest I am somewhere caught in between.” Camilla Pang holds a Ph.D. in bioinformatics from University College London and is a postdoctoral scientist. Her career and studies have been heavily influenced by her diagnoses of Autistic Spectrum Disorder (ASD) and ADHD and she is driven by her passion for understanding humans and how we work. Pang is also a volunteer cancer researcher at the Francis Crick Institute and volunteers on socio-psychological projects for mining communities in Africa. She is an active contributor to art and science initiatives and often partakes in mental health and decision making research projects.

Richard Gabriel Acquittal: An Insider Reveals The Stories and Strategies Behind Today’s Most Infamous Verdicts

It was October 3, 1995. The shocking outcome of the O.J. Simpson trial leaves a nation divided. Then, July 5, 2011. Casey Anthony walks free despite being convicted by millions on cable news and social media. There are times when something as supposedly simple as a just verdict rises to the level of cultural touchstone. Often these moments hinge on logic that seems flawed and inexplicable—until now. Lead trial consultant, Richard Gabriel explains in his book Acquittal how some of the most controversial verdicts in recent times came to be.

Drawing on more than twenty-eight years of experience, Gabriel provides firsthand accounts of his work on high-profile cases, from the tabloid trials of Casey Anthony, O.J. Simpson, and Phil Spector to the political firestorms involving Enron and Whitewater. An expert on court psychology and communications, Gabriel offers unique insights on defendants, prosecutors, judges, witnesses, journalists, and the most important people in the room: the jury. Don’t miss Richard‘s answer to the question, “What verdict surprised you the most?”