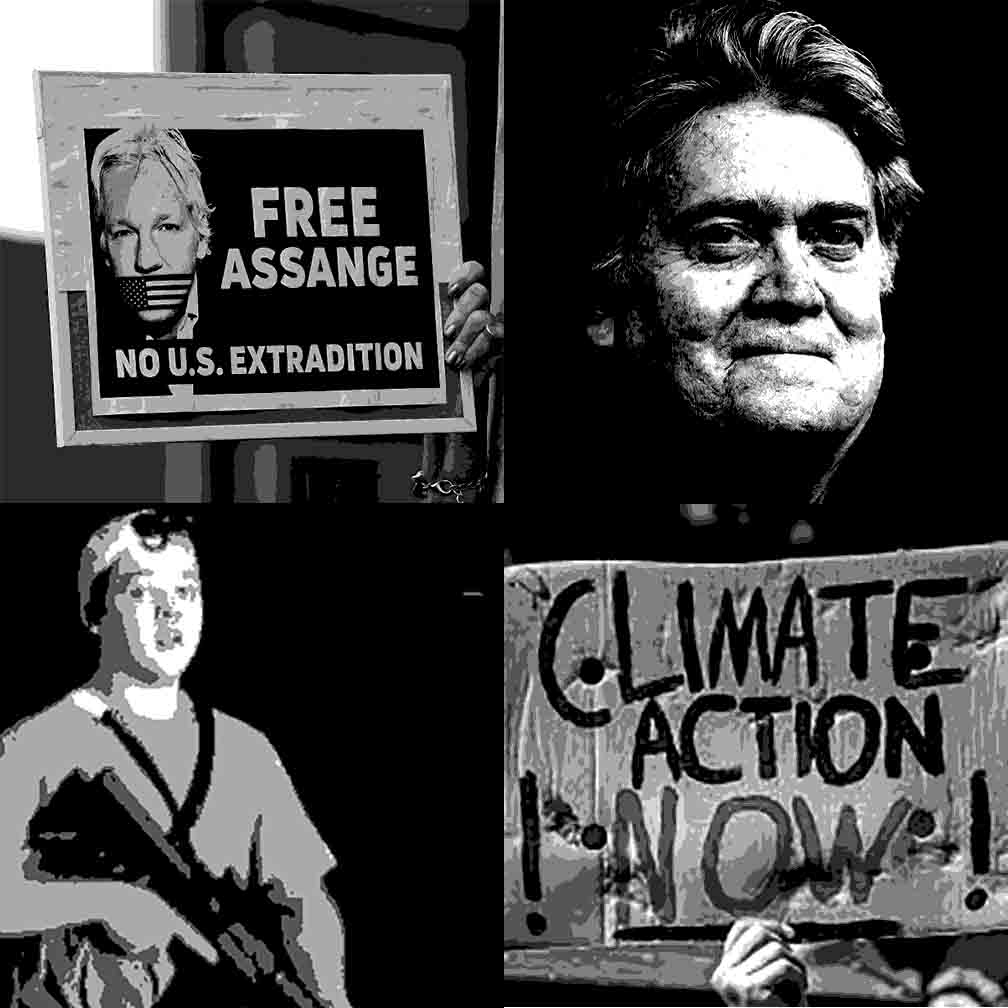 The Julian Assange story has become muddled in part because so many other news stories have jumped to the fore. The reason the founder of Wikileaks is being held in Belmarsh prison, the UK’s equivalent of Guantanamo Bay detention camp, after being forcibly dragged from the Ecuadorian Embassy in London was almost overlooked by the mainstream media until recently. Assange’s partner Stella Morris drew much-needed attention to his case as the US Government made further moves to extradite him. The Assange case has far-reaching implications which cannot be ignored. Dr. Binoy Kampmark once again joins Life Elsewhere to share his insights into the Assange case. Plus, Binoy suggests the indictment of Stephen Bannon should be viewed soberly because his designs on democracy in America are far more than crazy-talk. Dr. Kampmark also has opinions on the absence of China and Russia’s leaders at COP 26 – the 2021 United Nations Climate Change Conference. And, we pose this question to Dr. Kampmark, “Are white males with guns an American problem?” His answer, as with all Binoy Kampmark says is articulate, well-considered, and thought-provoking.

Dr. Binoy Kampmark is a Senior Lecturer in the School of Global, Urban, and Social Studies, at RMIT University, Melbourne, Australia.

Whisk(e)y is in the midst of a huge renaissance. Ten years ago, the United States housed sixty-nine craft distillers; today, there are more than four hundred. Exports of Scotch whisky grew 12 percent just last year. Sales are skyrocketing, and specialty bars are popping up around the country, from New York City to Chicago to Houston. Whisk(e)y expert Heather Greene, author of Whisk(e)y Distilled: A Populist Guide to the Water of Life will explain to Norman B, (who admits to being a novice) the mysteries of Whisk(e)y, the crucial importance of “nosing” Whisk(e)y and the spelling.