Once again, we are scratching our heads in what seems like a perpetual state of bewilderment. “How low can he go?” We continue to ask. A couple of days ago during a meeting in which the President rejected a bipartisan deal on the Deferred Action for Childhood Arrivals program, he described certain nations as “shithole countries.” The resulting worldwide reaction to Trumps’s language and sentiment is universal outrage. We already know we are in a new and different age with Trump, but what does this mean to us in daily life? What we will now accept in common discourse? To help us understand the question and search for answers we turn to Life Elsewhere contributor, Dr. Jennifer Mercieca, Associate Professor in the Department of Communication at Texas A & M University. The learned professor offers her well-considered opinions, always with an engaging twinkle of humor. “Maybe he is not actually used to being listened to, so maybe he doesn’t understand as President he has a real impact on the world,” Says Dr. Mercieca, adding, “Trump has weaponized communications!”

The reports of Trump’s inflammatory comments at the meeting about peoples from what he calls, “poor and troubled countries”, prompted Norman B to revisit a compelling conversation he had with Dr. Rogy Masri of Doctors Without Borders. The dedicated Canadian doctor speaks from a makeshift medical facility, attending refugees in Tripoli. Do the unfortunate people Dr. Masri tries so hard to help, fit into Trump’s description of countries they may hail from?Rogy’s moving account of infants ravaged by rat bites, scabies and worse may one day if they manage to survive, remember the President of the United States showed his take on compassion by calling their homes, shitholes! 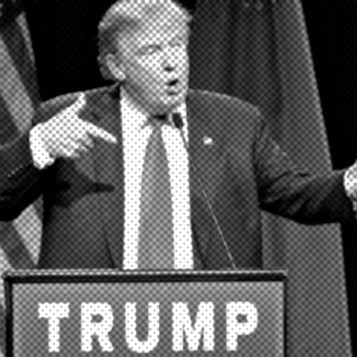 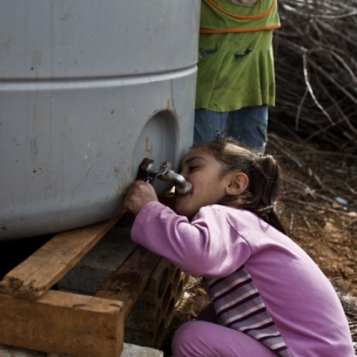 The photo of a young Syrian refugee by Michael Goldfarb