A Conversation With Vanessa Briscoe Hay 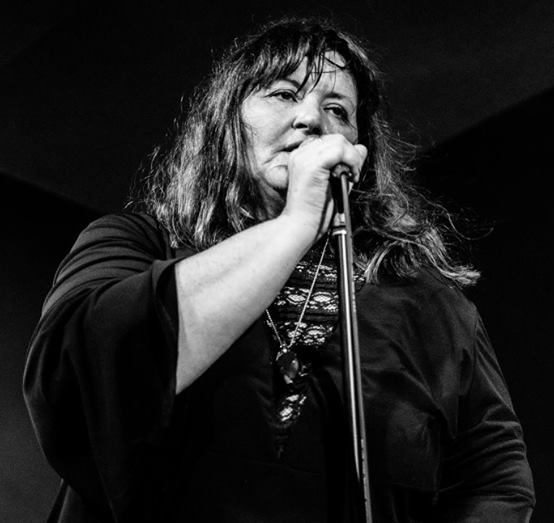 Pylon Reenactment Society is fronted by former Pylon frontwoman Vanessa Briscoe Hay, whose inimitable vocal textures and phrasing define Pylon’s sound for most listeners. A sonic powerhouse, Hay also numbered among Paste Magazine’s list of “The 25 Greatest Front Women of All Time”. Pylon Reenactment Society formed from the ashes of Pylon, one of the most influential bands at the outset of what became known as the ‘Athens, GA music scene’, along with other frontrunners The B-52’s and R.E.M. Over 30 years ago, these three bands were heavily featured in the original feature documentary ‘Athens, GA: Inside/Out’, propelling them into the international spotlight. Pylon Reenactment Society (a.k.a. PRS) was founded in 2014, five years after Pylon’s celebrated history came to a sudden end in 2009 with the death of guitarist Randy Bewley. Since then, PRS has turned into a tight touring unit having performed at festivals and venues on both coasts, the Midwest and the Southeast. In addition to Hay, PRS is rounded out by Jason NeSmith (Casper & The Cookies) on guitar, Kay Stanton (Casper & The Cookies) on bass guitar and backing vocals, Damon Denton (Big Atomic) on keyboards, and Joe Rowe (The Glands) on drums. At the end of 2018, they released a 7” vinyl single of two original songs – ‘Messenger‘ and ‘Cliff Notes’.