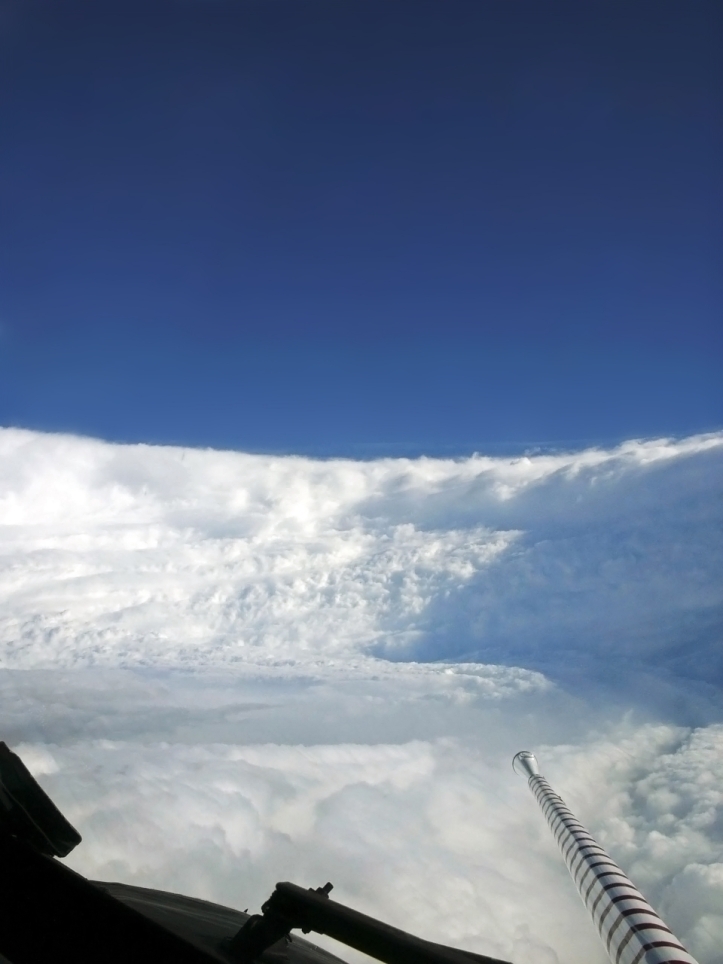 “Imagine the worst turbulence you have experienced on a commercial flight and multiply that terrifying experience by at least ten!” This is the sobering response from Commander Justin Kibbey when asked what it feels like to fly into a hurricane. The Commander takes his time to answer questions, methodically and patiently. His composed tone implies if he were your pilot through turbulence in that commercial plane, you’d be thankful you knew you were in good hands. The Commander does emit a slight good-humored chuckle when answering a few questions, obviously aware they sound naive to the questioner. With hurricane season now in effect, we wanted to learn more than why TV weathermen scare us with confetti-colored spaghetti-like predictions on a digital map. Commander Kibbey was just the man for the task, he works for NOAA – National Oceanic and Atmospheric Administration. He is a Hurricane Hunter. He flies with a crew of at least 16 directly into hurricanes. They fly around and crisscross the massive storms, gathering data. On board are scientists, climatologists, and specialists feverishly collating information, almost non-stop for about 9 hours on each mission. Even with Commander Kibbey’s placid demeanor, the true tales he tells are troubling for the layman, especially when he gets to the part about “everyone throws up!” The work that Commander Kibbey and NOAA do is impressive and we are all the better for it.

Make sure you go to the NOAA site to learn more about what they do. It’s fascinating and full of remarkable information.

Also in the program, we call upon frequent contributor, film and media critic, Bob Ross to share his thoughts about hurricanes in movies. “You have to start with Key Largo!” Insists Bob, “It’s a classic, it’s a drama centered around a hurricane, and it stars Humphrey Bogart, Lauren Bacall, and Edward G. Robinson – you can’t do better than that!”

Plus, we searched for a piece of music that referenced hurricanes. Instead of rushing to the obvious choices, we dug deeper into our archives and came up Hurricane Betsy by Lightnin’ Hopkins, a plaintive song about a real hurricane in 1965.

The photo above shows the eyewall of Hurricane Katrina as seen from a Lockheed WO-3D Orion “Hurricane Hunter” aircraft. Photo courtesy of NOAA