The Killer. The Auteur. The Relationship. 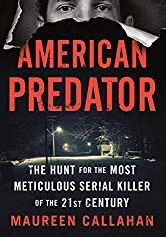 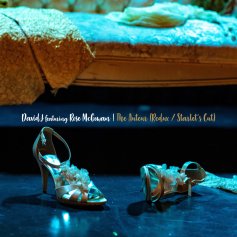 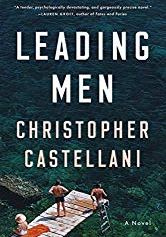 Most people have never heard of Israel Keyes, one of the most ambitious and terrifying serial killers in modern history. The FBI considered his behavior unprecedented. Described by a prosecutor as “a force of pure evil,” Keyes was a predator who struck all over the United States. He buried “kill kits”–cash, weapons, and body-disposal tools–in remote locations across the country. Over the course of fourteen years, Keyes would fly to a city, rent a car, and drive thousands of miles in order to use his kits. He would break into a stranger’s house, abduct his victims in broad daylight, and kill and dispose of them in mere hours. And then he would return home to Alaska, resuming life as a quiet, reliable construction worker devoted to his only daughter. When journalist Maureen Callahan first heard about Israel Keyes in 2012, she was captivated by how a killer of this magnitude could go undetected by law enforcement for over a decade. And so began a project that consumed her for the next several years–uncovering the true story behind how the FBI ultimately caught Israel Keyes and trying to understand what it means for a killer like Keyes to exist. A killer who left a path of monstrous randomly committed crimes in his wake–many of which remain unsolved to this day. Norman B talks with Maureen about American Predator – The Hunt For The Most Meticulous Serial Killer Of The 21st Century. “The most horrific book I have ever read!” He tells Ms. Callahan, adding, “But, I loved every page!”

David J of Bauhaus and Love & Rockets fame has released a digital-only single, The Auteur (Redux / The Starlet’s Cut) featuring actress and activist, Rose McGowan. This release serves as a taster for his forthcoming double album Missive To An Angel From The Halls Of Infamy And Allure, which is set for release on in the autumn. The track features a stellar line up of musicians, including Paul Wallfisch (Swans), Larry Mullins AKA Toby Dammit (Nick Cave and The Bad Seeds), Sean Eden (Luna) and Emily Jane White (backing vocals). “The original version of The Auteur was released as part of an EP in 2002, an old song that tells a much older story but one which in light of the whole #metoo movement now has an addendum,” says David J. “The most vocal proponent of that righteous call for respect and culpability, Rose McGowan, makes a fitting and emotional appearance on this brand new version’s reprise”. David continues, “Rose told me that she related to the lyrics on a very personal level and, because of this, she is also considering recording her own version of the song.”

“I always think, less is more, when it comes to writing about sex.” Says Christopher Castellani, when the subject of physical intimacy comes up.  And, erotic descriptions of gay sex do come up, in Leading Men, Castellani’s sumptuous new novel. The author gently leads the reader through exquisitely realized scenarios that are full of passion; of lust; of yes – sex in a world of agreeable young gay men who appear to swan around languidly from one late night after another to nattering effortlessly as they lay photo-ready in the Mediterranean sun. Christopher paints his beautiful vistas of Portofino, or Rome or wherever he chooses so realistically, you have to remind yourself – often – that is a work of fiction. The clever title, Leading Men, perfectly announces the complexity and essence of this book – relationships. Christopher Castellani bases his gorgeous novel on the relationship between Tennessee Williams and Frank Merlo, who were together from roughly 1947 to 1963, a stretch during which the playwright composed some of the American theater’s enduring classics, including “Cat on a Hot Tin Roof,” “Suddenly Last Summer” and “The Rose Tattoo.” When they met, Tennessee Williams was already flush from the success of “A Streetcar Named Desire” From the first sentence, Castellani wows the reader with an almost unnoticed assertiveness, “Truman was throwing a party in Portofino, and Frank wanted to go.” No last name is given and just like his scenes of intimacy, Christopher allows us, the reader to fill in the unspoken words. It is this brilliant writing-gift that makes Leading Men so wonderful. Castellani conjures up a beautiful, haunting story. He introduces characters who are not only believable, you’ll be thumbing through John Lahr’s biography of Williams to find out how you could have missed them. In Leading Men, the author questions our idea, if not our ideal of what a relationship is – or could be. Make sure you don’t miss Christopher Castellani’s spirited conversation about his book in the next edition of Life Elsewhere.