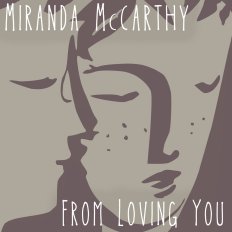 Two engaging conversations in this edition of Life Elsewhere with two authors who have written two completely different books. One is an intimate, revelatory memoir, exploring the ways we can care for and repair ourselves when life knocks us down. The other takes us into the well-trodden path of noir set in Los Angeles. Only here we find the narrator is a seemingly tough-as-nails woman who may be far more vulnerable than she appears. Plus, new music about the passion and intensity of a doomed yet all-encompassing relationship.

Katherine May Wintering: The Power of Rest and Retreat in Difficult Times 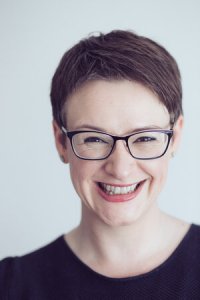 Sometimes you slip through the cracks: unforeseen circumstances like an abrupt illness, the death of a loved one, a break-up, or a job loss can derail a life. These periods of dislocation can be lonely and unexpected. For May, her husband fell ill, her son stopped attending school, and her own medical issues led her to leave a demanding job. Wintering explores how she not only endured this painful time but embraced the singular opportunities it offered. A moving personal narrative shot through with lessons from literature, mythology, and the natural world, May’s story offers instruction on the transformative power of rest and retreat. Illumination emerges from many sources: solstice celebrations and dormice hibernation, C.S. Lewis and Sylvia Plath, swimming in icy waters, and sailing arctic seas. Ultimately Wintering invites us to change how we relate to our own fallow times. May models an active acceptance of sadness and finds nourishment in deep retreat, joy in the hushed beauty of winter, and encouragement in understanding life as cyclical, not linear. A secular mystic, May forms a guiding philosophy for transforming the hardships that arise before the ushering in of a new season. 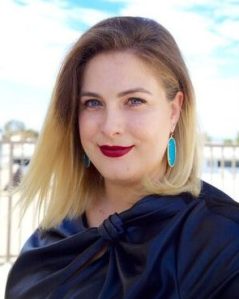 A modern-day noir featuring a twisty cat-and-mouse chase, this dark debut thriller tells the story of a woman who makes a living taking down terrible men…then finds herself in over her head and with blood on her hands. The only way out? Pull off one final con. Jo’s job is blackmailing the most lecherous men in Los Angeles–handsy Hollywood producers, adulterous actors, corrupt cops. Sure, she likes the money she’s making, which comes in handy for the debt she is paying off, but it’s also a chance to take back power for the women of the city. Eager to prove herself to her coworker Lou and their enigmatic boss, known only as the Lady Upstairs, Jo takes on bigger and riskier jobs. When one of her targets is murdered, both the Lady Upstairs and the LAPD have Jo in their sights. Desperate to escape the consequences of her failed job, she decides to take on just one more sting–bringing down a rising political star. It’s her biggest con yet–and she will do it behind the Lady’s back, freeing both herself and Lou. But Jo soon learns that Lou and the Lady have secrets of their own and that no woman is safe when there is a life-changing payout on the line. A delicious debut thriller crackling with wit and an unforgettable feminist voice, The Lady Upstairs is a chilling and endlessly surprising take on female revenge.

Miranda McCarthy From Loving You

Inspired by the wildness of West Cork and life in profound transformation, Miranda McCarthy has in her new single, From Loving You created a moving, beautiful song. Her words and the exceptional arrangement work as a perfect segway between our conversations with Katherine May and Halley Sutton where both authors explore deep and perhaps hidden emotions.