Autism. What Should We Know? 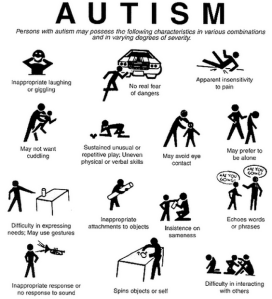 One in 88 children in America have an Autism Spectrum Disorder (ASD). Autism is more common than juvenile diabetes, pediatric AIDS and pediatric cancer combined. Yet, public perception about Autism is confusing, even conflicting and often terrifying for many parents. In the next edition of Life Elsewhere we’ll ask how to better understand Autism. Joining the conversation, Nancy Alspaugh-Jackson Executive Director of ACT Today! A nonprofit organization whose mission is to raise awareness and provide treatment services and support to families to help their children with autism achieve their full potential. Nancy is a former television producer, author and mother of Wyatt, who was diagnosed with Autism. We will also speak with Maria Mutch, author of the just-released, Know the Night

a memoir that chronicles a two-year period when her son Gabriel, who has both Autism and Downs Syndrome, unexpectedly stopped sleeping through the night. Maria Mutch will tell us how she and Gabriel entered a secret world of their own, where they found spiritual company in the words of a polar explorer.

Plus, this week’s Hit That Never Was features David Sylvian