Posted on December 4, 2014 by normanbradio 2 comments 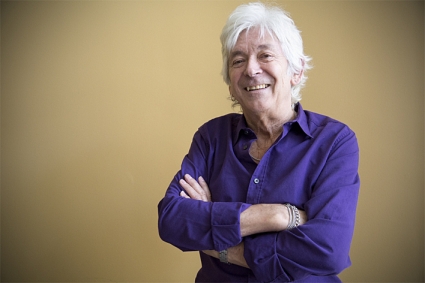 Words cannot express how we felt on hearing the news that the truly wonderful Ian “Mac” McLagan had died from a stroke at the young age of 69. The details are still coming in and our first reaction was, “This cannot be true”. It was just over a week ago that part one of Norman B’s up close and in depth conversations with Ian were aired on Life Elsewhere. The chats Ian and Norman had earlier this year came about because the two silver-haired ex-art students met up at a charity event and began reminiscing about their days growing up in the early 60’s in the same area of London and attending the same college. “Let’s get this down on tape, so people can learn about what it was like in those days.” Said Ian. The result was well over two hours of spirited conversation, with Mac talking candidly about his early life, becoming a pop-star, drugs and life on the road with The Rolling Stones. So far, less than one hour of Norman B’s interview with Ian McLagan has been aired to date. Out of respect to Mac and his family, we will wait for a more appropriate time to air the full interview, so as to not gratuitously capitalize on his untimely death. Rest in peace Mac.