A Must-Read Book, A Hit That Never Was & A Tribute To Ian 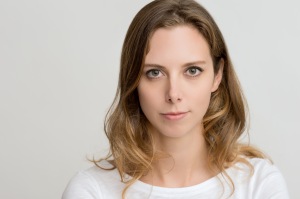 Next on Life Elsewhere, Norman B interviews Rebecca Scherm

, the author of Unbecoming: A Novel

. In his introduction he says of her debut novel, “This is a book that forced me to read slowly, as I realized I was reaching the end, there were only a few pages to go, I deliberately slowed down, I wanted to savor every single line, every exquisitely constructed sentence”. Scherm

The Hit That Never Was selected for this edition of Life Elsewhere, came

complete with a drawing of Cicero the listener’s dog. Patrick who sent the drawing wrote that he had heard Floating On Clouds by Lioness via one of our blog posts from a couple of years ago. Indicating to us to remind you to always check out our BACK. page, where we often post music that may never ever hit the mainstream. Lioness is considered to be one of the UK’s top Grime artists, this cut came out in 2012 and we agree with Patrick, it deserves to be this week’s Hit That Never Was. 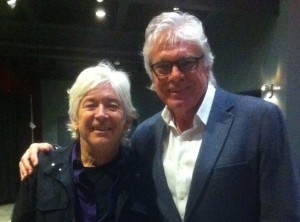 Finally in the program, we respond to the flood of requests to hear Norman B’s tribute to his old art school friend, Ian McLagan

. In April of 2014, Norman hosted a spectacular musical-charity event in Seattle. The all-star line up included Heart

, Joan Jett And The Blackhearts, Country Joe McDonald and the man who played keyboard with Small Faces, Faces and recorded and toured with The Rolling Stones…the one and only, Ian McLagan

. The two silver-haired Englishmen, delighted to see each other, agreed to record a long, intimate conversation, recounting the early music scene in London, circa 1960’s. And, Mac

promised to share stories of the ups and downs of the bands he has been associated with. Many hours of revealing interviews were recorded using Skype, with Mac

at his home in Austin Texas and Norman at his studio in Tampa, Florida. Because the interview was so long, we had to edit the recordings down with the intention of airing in separate editions of Life Elsewhere. We had just broadcast part one, when news came in that Ian McLagan had accidentally fallen, banged his head and suffered a fatal stroke. Norman B was reluctant to immediately broadcast his complete interview with Ian, saying  “I didn’t want to capitalize on an old friend’s death”.  After a little persuading from friends and associates, Norman agreed to broadcast selections from the unaired interview and put together a heart-felt tribute to Mac

. Since that salute aired we have been inundated with requests to hear it again. In this edition of Life Elsewhere we proudly re-play the moving eulogy to, as Norman says, “One of the loveliest fellas you could ever wish to meet”.