In the last edition of Life Elsewhere, our special guest was Robert Priest, Founder and Editor of Eight By Eight the dazzlingly creative magazine devoted to the beautiful game – soccer. We invited Robert onto the show  to help us understand all about the Power, Corruption & Lies

that brought FIFA and the unlikely named Sepp Blatter into the world’s headlines. Just hours before Robert was on the show, the controversial Mr. Blatter had been re-elected and we played a sound-bite of his odd acceptance speech. This was quickly followed by soccer aficionado Robert Priest predicting, “a lot more indictments were about to happen” and “this is just the beginning”. Less than a week later, Sepp Blatter had resigned and more arrests and scandalous stories continued to make world-wide headlines. Although Life Elsewhere is not a news program, we are always ahead of the pack, with our commentators and commentaries. 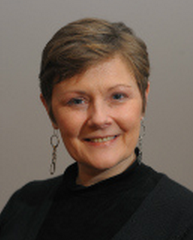 This week we continue with that distinction by inviting onto the show Catherine Hyde, Regional Director of PFLAG – Parents, Families and Friends of Lesbians and Gays, Catherine also happens to be the parent of a 22-year old trans young woman. The headlines across all media outlets were ablaze with wall-to-wall coverage of Bruce transitioning to Cailtyn Jenner and the sensational Vanity Fair cover. Our rule of thumb at Life Elsewhere is stay away from the exploitive stories, focussing instead on the human aspect. We wanted to hear Catherine Hyde’s take on the media blitz surrounding Caitlyn and how it affected her and her daughter. Catherine speaks openly, honestly and yes, emotionally about her life as a parent of a trans child. She talks about her reaction to the Caitlyn Jenner story. Catherine also offers input and wisdom to parents of trans children and most importantly, she offers insight into how we all can better understand our transgender brothers and sisters – and children. Because we feel this is such an important issue, we have devoted  large portion of the show to our interview with Catherine Hyde. We urge you not to miss this important and enlightening interview.

Later in the program we bring you this week’s Hit That Never Was, featuring Mink De Ville. And Norman B introduces you to new music from Sorcha Richardson, a singer-songwriter based in Brooklyn, by way of Ireland. London based R & B singer-songwriter, Clara La San and a brand new Australian duo who go by the name of Aiya. Let us know what you think of the new music discoveries and our interviews, send your emails to: normanb@lifeelsewhere.co