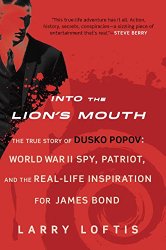 Into The Lion’s Mouth 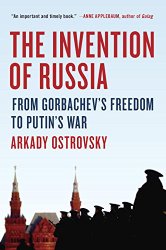 Did you know there was a real James Bond who inspired Ian Fleming’s iconic character? He was a daring double agent, who would have made James Bond look timid. He was Dusko Popov, his true story is told by author Larry Loftis in his page-turner of a book, Into The Lion’s Mouth.

This December will be the 25th anniversary since the Soviet flag came down over the Kremlin, Russia and America are again heading toward a confrontation—what happened? Joining us to offer some insight will be Arkady Ostrovsky, the author of The Invention of Russia – From Gorbachev’s Freedom To Putin’s War.

A very cool magazine called Ubikwist caught Norman B’s attention because the talented British singer-songwriter Zuzu was featured on the cover. Ubikwist founder and editor, Giannie Couji explains how his magazine is a work of love and deliberately multicultural.