The Misunderstood Affliction + Two Songs You May Have Missed 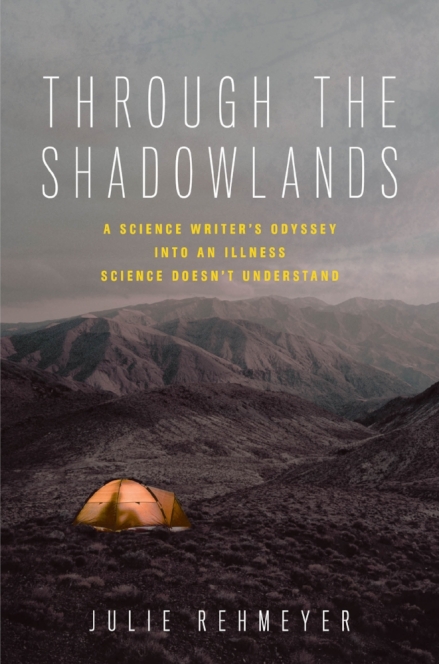 Julie Rehmeyer was so sick she sometimes couldn’t turn over in bed. The top specialists in the world were powerless to help, and scientific research on her disease was at a near standstill. She was running out of money. And she was all alone, with no one to care for her. This is the beginning of her powerful and emotive memoir, Through The Shadowlands – A Science Writer’s Odyssey Into An Illness Science Doesn’t Understand. As an MIT-trained mathematician, Julie was determined to find a solution to her illness. She had exhausted all reasonable ideas, so she turned to an unreasonable one. Leaving behind everything she owned, Rehmeyer drove to the desert, testing the theory that mold in her home and belongings were making her sick. Julie Rehmeyer felt as though she were going to the desert to die. What was her affliction and why is it so misunderstood? Julie Rehmeyer talks candidly with Norman B about her inspiring memoir, next on Life Elsewhere.

Plus, in this edition, we bring you two deliciously cool songs you may have missed. Two acts out of London, Sunken and Chloé Leone we enthusiastically played on the show one year ago. Twelve months later we are still raving and believe both songs stand up to the test of time and sound as fresh now as they did when first released. Take a listen, then do yourself a favor and check out their latest releases.